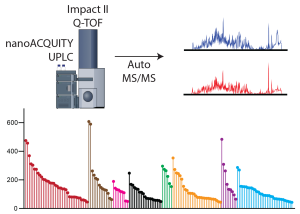 GATA2 binds at GATA nucleotide sequences throughout the genome to orchestrate complex genetic programs. However, it does not act alone, and other critical transcription factors such as RUNX1, SCL/TAL1, PU.1, and ERG have been demonstrated to co-localize with GATA2 on chromatin in various contexts. Identifying additional factors that interact or co-localize with GATA2 on chromatin is likely to elucidate novel mechanisms via which hematopoietic cells regulate processes such as self-renewal, proliferation, and differentiation. We are using unbiased proteomic-based approaches to identify such proteins and characterize their functions in benign and malignant hematopoiesis, with the goal of discovering novel biology in the area of hematopoiesis. 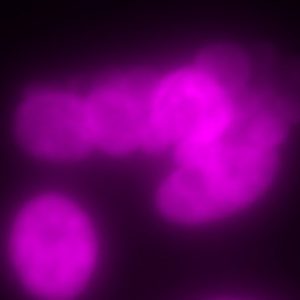 Serous carcinoma of the endometrium (ESC) is an aggressive epithelial malignancy that occurs in older women and has a 5 year survival rate as low as 50%. Approximately half of these patients will present with advanced disease at diagnosis, and even a subset of those patients with apparently localized (surgically resectable) disease will ultimately show disease progression. Unfortunately, at the moment there are very few prognostic markers in ESC to guide the clinical care of ESC patients. In part for this reason, virtually all ESC patients will be recommended to receive cytoreductive chemotherapy if they can tolerate it. We have found that GATA2 is unexpectedly expressed in a subset of endometrial serous carcinomas where it portends an excellent prognosis. Our laboratory is currently elucidating the mechanism(s) by which GATA2 acts in ESCs to bring about this effect, and are evaluating whether GATA2 may serve as a clinically actionable prognostic marker. 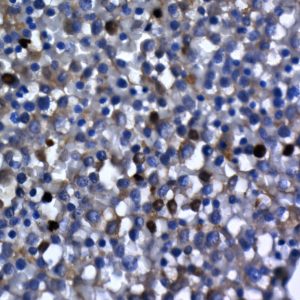 Germline mutations in GATA2 lead to the GATA2 Deficiency Syndrome, which predisposes to bone marrow failure and acute myeloid leukemia via unknown mechanisms. Sporadic GATA2 mutations can also be found in cases of myelodysplastic syndrome (MDS) and acute myeloid leukemia (AML) where their significance is unknown. GATA2 RNA transcripts are elevated in MDS and AML and GATA2 is hypothesized to form a positive feedback loop with p38 in AML cells which promotes AML proliferation. In acute promyelocytic leukemia (a subtype of AML), GATA2 has been proposed to behave as a tumor suppressor by suppressing PML-RARA-driven cell growth. GATA2 is also a critical regulator of benign hematopoietic stem cells and it is believed to maintain this function in leukemic stem cells. GATA2 RNA transcripts may also be elevated in a subset of pediatric B-acute lymphoblastic leukemias where the significance of this finding is unclear. Finally, GATA2 is predicted to be specific for the myeloid lineage by RNA expression studies. Critically, GATA2 protein levels have never been measured in MDS or acute leukemia. In collaboration with Dr. Emery Bresnick’s laboratory, we are utilizing unique anti-GATA2 antibodies to evaluate GATA2 levels in human bone marrow biopsies from patients with MDS and AML in order to further elucidate the role for this critical factor in these disease processes.

We also have many ongoing collaborations!